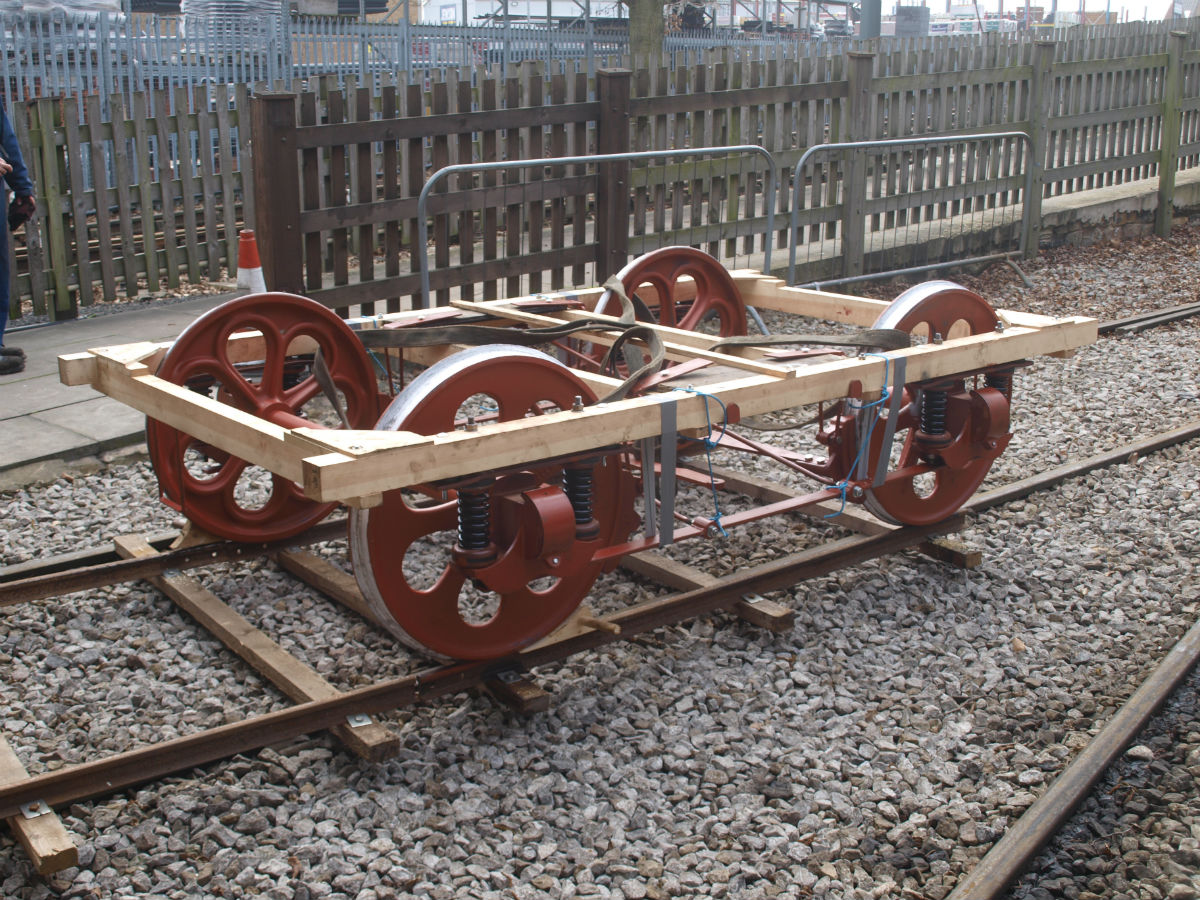 The running gear for Cambridge 7 was collected from Leeds by a team from the Ipswich Transport Museum on Wednesday 12th March.   This marked the very successful completion of a project for the LTHS with a complete new set of running gear for a horse tram delivered in just over 6 months.  The LTHS would like to acknowledge the help and cooperation of the staff at the Middleton Railway, who machined some of the parts, used their rail mounted crane to move the wheelsets and completed running gear, and also allowed the LTHS to complete the work in their workshops. Without this cooperation the project would not have been possible.

The running gear was taken back to Ipswich that afternoon and was successfully taken through the museum, turned and positioned alongside the body of Cambridge 7.  It is planned to fit the running gear to the body in a few months time.

Here the complete Running Gear is shown outside the Engine House building at the extreme end of the short length of 4 foot gauge track prior to being lifted. The lower tie bars are only temporarily secured so that they can be drilled when the gear has been fitted to the original under frame.

The gear was then carefully lifted and taken down to where the lorry was waiting and placed on some temporary wooden track for its journey to Ipswich.